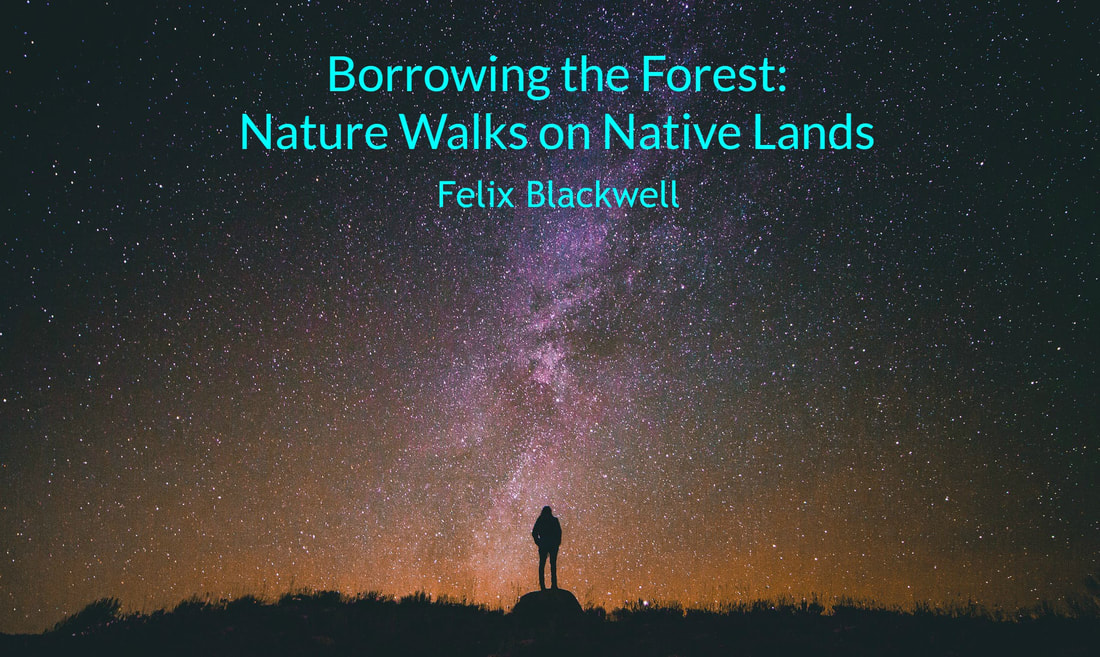 So goes a short list of adages to help us remember that life is more than our worries about the future, or our scars from the past. The only real moment we’ll ever have is this one. But in our quest for peace of mind through presence, we sometimes forget the past and go blind to its resonance here today. A few weeks ago, I read Linda Karlen’s great piece on how the history of a place affects our experience walking in it. Her work inspired this article, and though she wrote of what we remember, I want to talk about what we’ve forgotten.

​The bustle of the modern world pushes many of us to the limits of our sanity. Whatever our capacity for innovation, we humans remain more fragile than our schedules allow us to be: we feel isolated. We get depressed. We break down. No matter how mundane our exposure makes it, the kaleidoscopic blur of cell phones, televisions, gridlock, and cubicles is – on some level – deeply unsettling. Subtract a bit of sleep or a few of those glowing numbers on our digital bank accounts, and suddenly, things fall apart.

It makes sense that nature where we go to escape the din of modern living. The outdoors can innervate us with what our careers take away; it can imbue us with creativity and zest; it can clear the thought-pollution that swirls in our heads.

​But even in America's breathtaking wilderness, there is a world behind the world. It is concealed from us by changes in the physical landscape, and by the onward march of time. It is obscured by our political discourse and excised from our history classes. It is left out of speeches for the cause of social justice, and absent from the public mind.

This is the world of the Indigenous peoples who inhabited the lands that became the United States. Though many of our academic history books start in the 1600’s with the founding of the Chesapeake Bay and New England colonies, North America was already full of people and cultures long before. In the Northeast and Canada, huge confederacies of Iroquois and Algonquians sprawled for thousands of miles. To the south, the Creek, Cherokee, Choctaw, and Chickasaw peoples cultivated chiefdoms into nations. The Comanches built a vast empire in the Southwest, and the Sioux forged a six-nation alliance in the Great Plains. They all had complex political structures, far-reaching trade networks, elaborate belief systems.

And then they were gone. Genocide, warfare, foreign diseases, and forced integration leveled these societies and ended the lives of untold millions of Natives, reducing their total population in North America by as much as seventy-five percent. It is impossible for historians to produce exact figures; we rely mostly on colonial estimates and early US government census records, which themselves are controversial among scholars for manifold reasons. Although Native Americans have not entirely vanished from existence, many facets of their cultures and ways of life have.

Today, we often conceive of the great outdoors as an oasis. In much of our writing, nature is poetically described as untamed, pure, and virginal – the antithesis of the filthy and overcrowded and corrupt cities of humans. But most of us fail to recognize that pain and loss are embedded in the wildlands in most places too, because most places were once inhabited by Natives.

​I spent my teen years exploring the forests of O’Neill Park in Orange County, California. “The Canyon,” as my best friend and I came to know it, was not just a hiking destination. It was an escape from my problems, from society, from Earth. We built a secret hangout spot there. I stargazed there. I wrote my first book there. The Canyon became a spiritual place for me, and even when I moved far north, I made an annual pilgrimage to it for badly needed soul-baths.

More than a decade later, I found myself in graduate school studying with a professor of Indigenous History, who was herself Native. Every high schooler in America has heard of the suffering of Native peoples, but to delve this deeply into Indigenous histories, and to study the ripple effect of those histories into the modern world, caused me ineffable distress. To date, my work for that seminar was the most emotionally difficult experience of my career.

I suddenly needed to know the local history of O’Neill Park. What I discovered wounded me, but somehow it came as no surprise. The Canyon, the only place in the world I felt truly at peace, was one of many sites of invasion, forced relocation, and murder. An Indigenous people group known as the Tongva summered on the land there for centuries, but were ousted by the forces of conquistador Gaspar de Portola, and later by American fur trappers. Though the ground no longer runs red, colonial violence is still embedded in my "sacred" place. It will remain a buried secret there, forever.
​​
But what do I mean when I say “excised from our history classes…and absent from the public mind”? My hometown’s official website briefly notes that some nameless Indians were “visited” by the conquistadors – but says nothing of conversion and murder. O’Neill Park’s website neglects to mention Indians altogether, and instead recounts the brave trek of the conquistadors through a seemingly unpopulated wilderness. The majority of public history, in fact, tends to scrub the ugly details of our nation's past, consigning them to the dim and dusty archives of research universities. Our history’s darker truths are, in a word, unread.

​But what should all this forgotten suffering mean to a person on a relaxing nature walk?

Forest bathing emphasizes mindfulness – the practice of focusing on emotional openness and sensory experience as a way of mentally decluttering. We look at colorful flowers, listen to the cheerful birdsongs, feel the crunch of leaves beneath our feet, smell the aromas on the wind. But mindfulness does not necessarily imply that we acknowledge only the present moment. In fact, we can experience the present through our senses while retain our awareness of the past. On a nature walk, we can acknowledge that our present experience is only possible because of the path that history took to arrive at this moment. Who stood here long ago and did exactly as I’m doing now? Who had an entirely different experience here? Who was deprived of a moment like this?

​Because much of the land we walk on today was forcibly taken from Native peoples, we are, in some sense, mere stewards of it. Not every outdoor excursion need be devoted to mourning the injustices done upon them, but acknowledging the land’s former inhabitants is a good starting point for creating a fuller relationship with our favorite nature spots. If nothing else, being aware of the history of a piece of land trains us to see our own place in the great tapestry of human experience. We are, after all, made of the same stuff, and as the saying goes, we bleed the same. If knowledge of the past makes us wise, the empathy we learn from it makes us virtuous.

Today, my nature walks are still peaceful and euphoric, but a part of my mind remains fixed on the invisible fingerprints history has left all around the Canyon. I relish in the magnificence of great trees, but wonder about the bones and cultural artifacts swallowed by the ground I tread on. I revel in the quiet of the woods at dawn, but recognize that this serenity exists in part because of all the Native voices that fell silent. I try to enjoy myself, but I also try to remember. In a society that has forgotten, remembering is a duty, and a conscious act. (originally published 9/11/2018)

Felix Blackwell is a horror author from Southern California. He holds a B.A. in European History and a Master’s in American History, and specializes in cultural perceptions of death in early Protestant communities. His most recent book, Stolen Tongues, won the NoSleep contest on reddit.com and has been optioned for a film deal. Connect with Felix at www.felixblackwell.com or www.facebook.com/felixblackwellbooks.

Our Mission: Nurture heart-centered relationships between all peoples and the More-Than-Human world of nature.